Surveyors of Lagos State hinged the role of geospatial development for a smart city. The 34th Annual General Meeting and Luncheon of Nigerian Institution of Surveyors (NIS) Lagos State branch, themed: “Surveying and Mapping: The Tool for Smart City, Lagos.

According to them, the ability of surveyors to perform advanced measurements and establish positional location information is critical in providing the base data necessary for smart city services.

The Rector, Federal School of Surveying, Oyo, Dr Nihinlola, Olayinka lead the discussion and emphasized that smart cities are based on the fundamental digital framework.

Dr Olayinka stressed that surveyors have a big role in the development, installation, and maintenance of these cities, because of the critical role of surveying and mapping in any meaningful development including the smart city.

The smart approach to tasks and processes with the miniaturization of measuring devices, she said, had also made surveying and mapping easier than ever before, thereby making surveyors to now work smarter rather than harder as it used to be.

Moreover, Governor Sanwo Olu though represented by the State’s Surveyor-General, Olutomi Sangowawa, disclosed that the state had been granted a license by the Nigeria Communication Commission (NCC) to operate the Unmanned Aerial Vehicles (UAVs), making the state the only one in Nigeria granted such license and also stressed that the state’s Geographic Information System (GIS) will be operational in March 2020,

With this technology, there will streams of data for everyone in the state, while there will be a significant improvement in mappings accuracy.

To Become a GIS Analyst.

GIS in the Health Sector

GIS is a powerful tool that has been successfully implemented to help address a number of...

The Future Benefit of GIS Technology

The future of GIS presents endless possibilities through innovative technology and approaches. The... 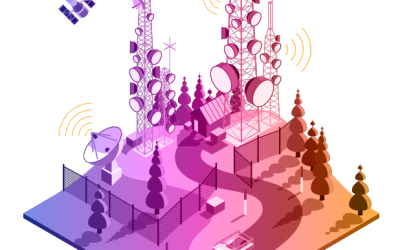 Connection between GIS and Telecommunications

Telecommunications providers are tied to geography more closely than many other types of...