Crime mapping with the use of GIS

The mapping and spatial analysis of crime covers a broad range of techniques and has been used to explore a variety of topics.

In its most basic form, crime mapping is the use of a Geographic Information System (GIS) to visualize and organize spatial data for more formal statistical analysis.

Spatial analysis can be employed in both an exploratory and well as a more confirmatory manner with the primary purpose of identifying how a certain community or ecological factors (such as population characteristics or the built environment) influence the spatial patterns of crime.

Two topics of particular interest include examining for evidence of the diffusion of crime and in evaluating the effectiveness of geographically targeted crime reduction strategies.

Crime mapping can also be used to visualize and analyze the movement or target selection patterns of criminals. Mapping software allows for the creation of electronic pin-maps and by spatially organizing the data, GIS increases the analytical value of these maps.

Within the context of local policing, crime mapping provides the visualization of crime clusters by types of crimes, thereby validating the street knowledge of patrol officers.

Crime mapping can be used for allocating resources (patrol, specialized enforcement) and also to inform how the concerns of local citizens are being addressed.

The citations listed below highlight the interdisciplinary nature of both the study of crime and the development of the methods used in spatial analysis.

They exemplify the growing prominence that spatial analysis has in understanding where crime occurs.

The result shows that crime is on the rise and that the police are handicapped in managing it because of the obsolete methods and resources at their disposal.

It also reveals that members of the public have no confidence in the police force as 80% do not report cases for fear of exposure to the informant to the criminal.

In light of these situations, the second part of the paper looks at the possibility of utilizing GIS for effective management of crime in Nigeria. This option was explored by showing the procedural method of creating

(3) spatial analysis such as query and buffering using ILWIS and ArcGIS software and GPS.

The study proves that GIS can give a better synoptic perspective to crime study, analysis, mapping, proactive decision making and prevention of crime.

It, however, suggests that migrating from traditional method of crime management to GIS demands capacity building in the area of personnel, laboratory and facilities backed up with policy statement.

Buffer police station/crime hotspot in relation to other socio-economic activity.

In 1996, the US National Institute of Justice (NIJ) established the crime mapping research centre (CMRC), to promote research, evaluation, development, and dissemination of GIS technology.

The long-term goal is to develop a fully functional Crime Analysis System (CAS) with standardized data collection and reporting mechanisms, tools for spatial and temporal analysis, visualization of data and much more.  Among the drawbacks of current crime analysis systems is their lack of tools for spatial analysis.

For this reason, spatial analysts should research which current analysis techniques (or variations of such techniques) that have been already successfully applied to other areas (e.g., epidemiology, location-allocation analysis, etc.) can also be employed to the spatial analysis of crime data.

← prev. Introduction to Cadastral Management and GIS Connection between GIS and Telecommunication Network. → 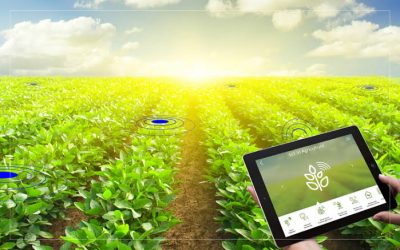 How GIS Skill can Develop the Agriculture Sector. 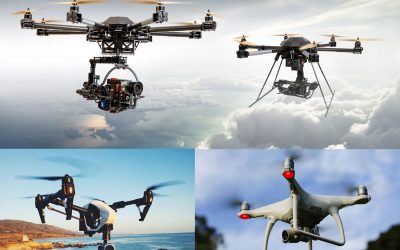