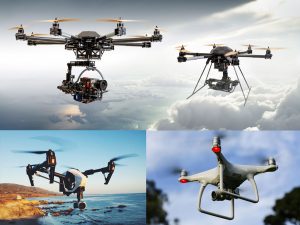 Application of drone in different industries

As industries mature, more jobs offers cut across a wide variety of sectors.

Lately, drone piloting has been providing wide capacity with a perspective that was never possible before.

Using aerial stills, videos, and even 3D maps created from data captured by a drone, potential buyers can now get a comprehensive view of the property they’re thinking about buying.

Real estate marketing work is often done by a single drone pilot working as a freelancer to capture aerial stills and video of a property that’s for sale, which the realtor will then use in promotional materials.

Another typical offering these days is a virtual tour of a property, which is a video walkthrough of the entire property, including both aerial and ground footage.

Real estate marketing work as a drone pilot requires skills in both flying and in video/photography work.

You don’t need a high-end drone to be a competitive drone pilot in the real estate marketing space. For many pilots, a DJI Phantom or Mavic does the trick just fine.

Drone pilots help by conducting surveys of companies(industries) to keep track of various aspects of their operations, from the volume and precise location of stockpiles to the progress of work in various locations.

Drones can also help do planning work—using a 3D map created with aerial data, a construction company can understand where they can or can’t build, and a mining or aggregate company can identify the locations that are better or worse for digging and storing materials.

Without a drone, information like this has to be gathered manually by a surveyor, walking the entire site on foot, which is both times consuming and less accurate.

15 minutes a drone can capture the same data that it might take a person walking on foot several hours to collect.

To do this kind of work you’ll need to have some experience conducting surveys by drone, and understand how to create the outputs your client needs—whether it’s an orthomosaic map, or just photos and video footage of a given location to help guide planning efforts or get insights into how a project is progressing.

More and more are we seeing sweeping aerial shots in movies, T.V. shows, and documentaries, and there’s a reason for that—using a drone in the filmmaking industry, producers can now get beautiful aerial shots that previously would have been cost-prohibitive because they would have required a helicopter.

A drone pilot can put a UAV in the air and get aerial coverage of a location quickly and nimbly, and drones also don’t incur the same kinds of insurance costs as helicopters.

Given the high quality of cameras on drones these days, when you’re just getting started you can probably get by fine with a DJI Phantom or even a Mavic. (DJI’s ZenMuse X7 camera was created specifically for making movies, and it’s compatible with the Inspire 2).

In fire departments, firefighters are using drones for greater situational awareness during fires.

They’re also using drones to create orthomosaic maps of local schools and other buildings/facilities where a fire could break out, so they can understand where all the exit points are in case of a fire.

Law enforcement has been using drones in a similar manner, creating maps of highly trafficked buildings that can be used to help evacuate people during an emergency, such as an active shooter scenario.

Both police and fire departments, different public division uses drones after disasters like floods, hurricanes, or severe storms to locate victims in need of help, and to understand the scope of the damage in order to best direct their resources to those areas that need them most.

Over the last few years, drones have become a common tool in journalism, with aerial shots captured by drone helping us for breaking news or disaster coverage,

As noted above, the type of drone you might need will vary greatly depending on the type of journalism you’re doing.

For breaking news coverage you could probably do fine with a DJI Mavic Pro, but if you’re trying to capture stunning images for a print story or a documentary, you may want something more high end.

An Inspire 2 with a ZenMuse x7—a camera DJI created specifically for making movies—could do the trick.

Farmers have been using drones for a few years now to help them increase yields by surveying their crops to see which areas need more attention.

Using a drone to do this kind of work is much faster than walking the entire farm on foot, and it’s also more accurate.

The Bluegrass Fields or known as parrot comes with a multispectral sensor Parrot designed specifically for agriculture, that can record images of crops in four distinct spectral bands.

As with many sectors, drones are helping to cut down the time and cost needed for inspections of critical infrastructure in transportation.

Traditionally, an inspection of a railroad would have to happen manually, with an inspector walking the track and noting any irregularities.

With drones, these inspections can now be done much more quickly, and produce more accurate data.

There is a wide range of drones that can be used for transportation inspections. The Yuneec H520, the DJI Mavic Pro, and the DJI Phantom are all good options.

In general, these inspections are conducted to find areas that need maintenance so that problems can be detected early and addressed

DJI’s Phantom 4 Pro has pretty good ferromagnetic protection, DJI’s Matrice 200 is created to resist magnetic interference, and can carry DJI’s ZenMuse Z30 camera, which was designed with a powerful, accurate zoom for a tower and other inspection scenarios that require a distance to be maintained from the object being inspected.

Drone pilots are also changing the way inspections are done in the telecommunications industry by conducting tower surveys and inspections in a fraction of the time required to send a person up a tower, making the process both cheaper and safer for those involved.

Because of the similarities between energy inspections and telecommunications inspections, DJI’s Phantom 4 Pro is a good option, because it has good ferromagnetic protection, and also DJI’s Matrice 200

← prev. Fields available in the Drone industry Required Skills and certification to be a Drone Pilot →

Explore Geoinfotech courses and establish a strong foundation of knowledge and skills to be productive with the latest Technology.

To Become a GIS Analyst. 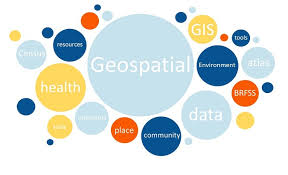 GIS in the Health Sector

GIS is a powerful tool that has been successfully implemented to help address a number of...

ESRI AND AFROCHAMPIONS LAUNCH PARTNERSHIP TO PROMOTE GIS IN AFRICA

The Future Benefit of GIS Technology

The future of GIS presents endless possibilities through innovative technology and approaches. The...

Be among to know whats happening, get free updates and amazing services from Geoinfotech

You have Successfully Subscribed!